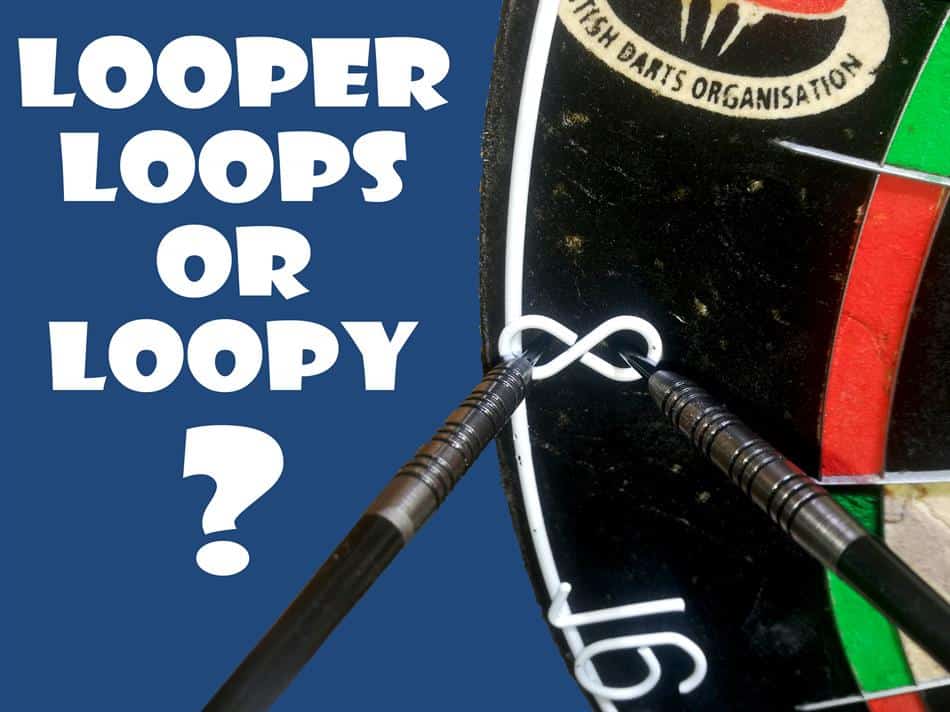 Looper, Loops, Loopy, whatever you call it in your town is a  game designed specifically with a fun factor in mind. If you have a few people and are looking for some fun let me teach you how to play looper darts.

You play looper darts like a game of follow the leader game with a twist. The “loops” are the enclosed areas of the numbers displayed around the board, and they are in play!

Once a target is decided, the remaining players will take turns to hit it. If they do hit it, they can then establish the next target. Let’s go over the rules and gameplay for Looper.

Each player begins with 3-5 lives. The first player will throw a dart with their off-hand to determine what segment will be in play. I say segment here because the remaining players must hit it exactly. This includes the inner and outer singles.

The other players must then try to hit the segment. If the player misses, they lose a “life”

If all players fail to hit a target, it and the turn comes back to the target setter, they do not need to play. They can sit out until their target is hit. If they do decide to play, they must first hit the target like everyone else before they are able to set a new one.

If a player hits the target, they will then use their remaining dart/darts to set a new target. If they hit on their third dart, they get to pull their darts and shoot again to define a new target.

If a player loses all of their lives they are out of the game. The game continues until there is only 1 player left with lives.

To keep score in looper, you write the player’s names down the left-hand side of the board in playing order. Beside each name mark, 3 or 5 “I”s like this “I I I”  to represent their lives.

When a player fails to hit a required segment or fails to set a target you will erase one of the lives.

When it is your turn to make a target, you want to make it as hard as possible. If you have 3 darts to do this, use your first 2 darts to go for something outrageous like the loop of the 6 then use the 3rd dart to get on the board if needed.

Some people also play with splits. So space in between any 2 digit number is also in play. Since open space is the exact opposite of a loop. I leave it out to stay true to the game’s namesake

I know everybody plays a different version of this game. I would love to hear how you play. Leave a comment below to let us know your variation.