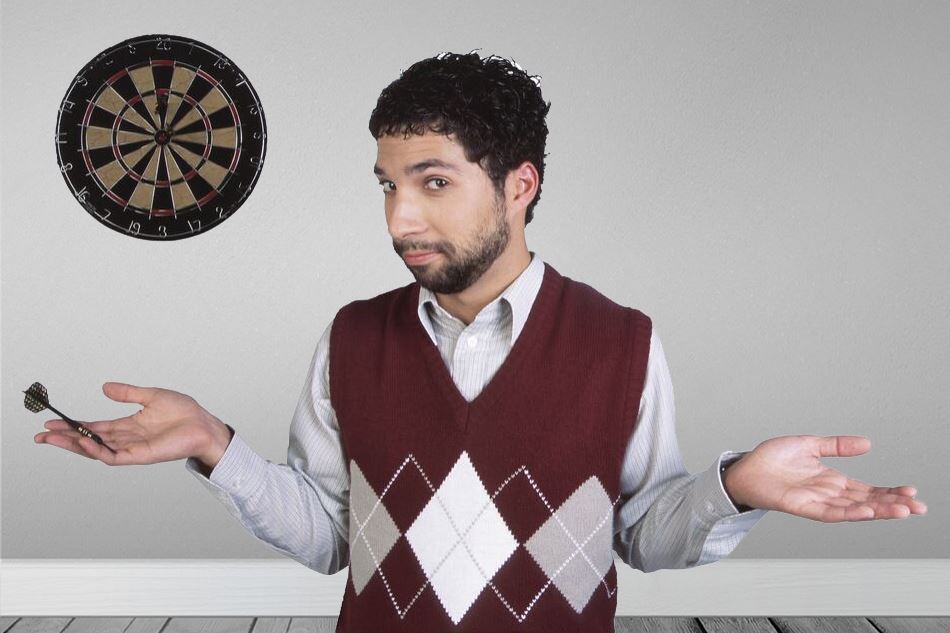 The most common variant of darts is the game of 501. As a matter of fact, most tournament-level games are games of 501.

The rules of 501 are fairly straightforward: All players start with 501 points, and each turn they subtract from that the total number of points they score on that given turn. The winner is the first player to bring the score down to zero.

What does it mean to bust in darts?

A bust in darts occurs when a player throws a higher score than their remaining point value. A winning throw must score down to zero exactly. When a bust occurs, no score is marked, and the players turn is over.

A bust also occurs if a player has a remaining score of one, because a double is required to win the game and no double has a point value of one.

What happens if I get a bust?

If you bust on your last turn, your score is reset to what it was before your throws regardless of which dart you busted with.

For example, if a player needs 32 to close and his first dart is a single 16, he needs to score 16 with his remaining darts while meeting the double out rule.

If he scores a double 8 on his second dart, he wins. However, if he busts, none of the thrown darts count, and on his next turn, he would still need 32 to close.

2 Other Things To Remember About Busting In Darts