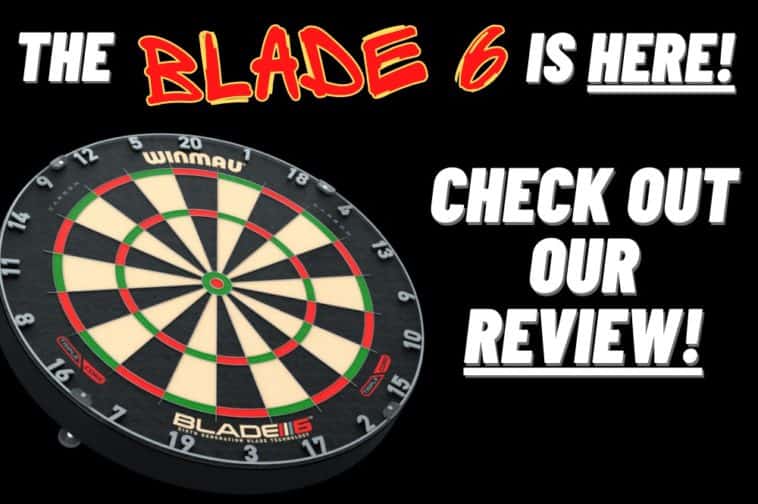 Most dart players will inevitably come to the same conclusion: to get better you have to throw more, and that means playing at home. So, you will need to purchase a personal dartboard on which to better your skills.

Deciding to purchase a dartboard is very important because practice and training are arguably the most significant milestones in the life of any serious dart player.

But, we know that choosing one dartboard from the seemingly huge amount of boards available can be overwhelming for many people.

After all, the market is flooded with hundreds of options of all types, some of which are made by low-end manufacturers looking to cash in on the booming darts sector. Additionally, for many their first dartboard constitutes a significant investment and, as such, are looking to make the most informed decision possible.

Which is where we come in.

Below you will find our review of what is, in our (somewhat) educated opinion, the best bristle dartboard in the market. This is a board that perfectly marries solid quality and value, as well as provides players with one of the best user experiences you can get.

Follow us below the break to learn all about the fantastic Winmau Blade 6 Triple Core Bristle Dartboard!

The Winmau brand has come to signify quality through and through. If you have played darts for a while, chances are you have played on a Winmau dartboard and anyone if you follow the game closely you can see that how they somehow managed to push the boundaries of design and performance year after year after year.

Winmau is one of the world’s leading bristle dartboard manufacturers, and they have decades of experience making high-quality, professional-grade bristle dartboards that are affordable and accessible to all.

Each new generation of Winmau dartboards manages to improve upon the features of preceding products, and this time it is no different.

The folks at Winmau have outdone themselves once again. But, then again, nobody who has paid attention would be surprised to see that happen.

As you may be able to tell, I like Winmau Dartboards.

The Winmau Blade 6 dartboard is the 6th generation of its line and is the culmination of 30 years of engineering innovation.

Winmau touts that the Blade 6 Triple Core dartboard is “the most technically advanced dartboard” in the world, and after getting our hands on it, we agree wholeheartedly.

Using cutting-edge techniques such as the trademarked “Density Control” technology, the Winmau design team have arrived at the ultimate board. One with optimum density, the highest dart retention rate, and all-new graphics. This is both the best looking, and best performing board your money can buy.

So, let’s take a look at some of the individual elements that make the Blade 6 Triple Core the beast that it is.

The Winmau Blade 6 Triple Core dartboard is a sisal fiber board, through and through.

In the dartboard market, you will often find boards made out of widely different materials. But as far as steel tip darts, you want a sisal dartboard.

Winmau has always built their boards using the highest quality materials available. When you purchase a Winmau dartboard you can rest assured that you will be getting a board built out of the finest East African sisal.

Due to the sisal’s ability to stretch, the ease with which it absorbs various dyes, and its incredible resistance to weakening caused by humidity, sisal has become the de facto material with which the best dart board manufacturers build their top of the line products.

The Blade 6 Triple Core uses densely packed, high-quality sisal. This means that the Blade 6 has fantastic self-healing capabilities. The tighter and more densely packed than sisal fibers are bound, the faster that holes close up once a dart is removed from the board. So, you can rest easy, because this board will last you a long time, even with heavy play.

Now, if you have been paying attention to the launch, the Blade 6 comes in three different versions: The standard Blade 6, the Blade 6 Dual Core, and our choice for the best board on the market, the Blade 6 Triple Core Carbon.

The Blade 6 Triple Core Carbon gets its name from ingenious triple-core design.

The engineers in charge of designing the newest Blade dartboard found out with previous versions that adding more than one layer of sisal greatly increased the board’s durability, makes it quieter, and improves the player experience by reducing bounce-outs.

Why is this so? Well, as we mentioned above, the tighter the sisal fibers are packed, the more easily punctures created by the sharp dart tips will close. Once the dart is removed, the highest density of the fibers will push them together, thus healing any damage caused.

Second, more tightly packed fibers are better equipped to retain darts that hit the surface of the board. In other words, when playing on multi-core boards such as this one, you will generally experience fewer darts bouncing out, thus increasing your maximum score potential.

The Blade 6 Triple Core takes this concept further than ever before. For extra strength, the Blade 6 board has a carbon fiber reinforced backplate. This plate penetrates the sisal line and creates a very durable seal that reinforces the board at its most basic level.

One of the few downsides of sisal fiber boards is that eventually, after enough time the Sisal fibers will get torn out of their wooden base. With this reinforced carbon fiber backplate attached to the sisal segment, you will find that your board will last far longer than other boards of the same type.

On top of the carbon fiber base, you will find that Blade 6 has a high density, high compression, second Sisal core. This second, inner core increases the board’s tensile resistance below the surface, which increases durability by absorbing the excess kinetic energy of each impact.

All in all, this three-core design will result in far fewer deflections, higher scores, and super durability.

The wiring is one of the most overlooked and underappreciated aspects of dartboard design. You see, a bad spider can actively work against a player’s efforts to improve. A well-designed spider, on the other hand, can actually help to improve a player’s accuracy.

How? Well, a thin staple-free spider such as the one designed for the Blade series will increase the surface area of the board, thus increasing the critical scoring segments such as the doubles, trebles, and even the bullseye. In fact, this thin sharp-angle wire is how the blade got its name.

The Blade 6 Triple Core dartboard has a precision, laser-cut spider manufactured using a patented Density Control method that pushes the boundaries of current materials technology and results in ultra-thin wires, even thinner than those used in the previous generations of the Blade family. These wires have a bladed profile, with an impressive 60-degree inclination, for even further protection against deflection and can contribute to increased scoring.

With this board, many darts that would have been deflected outward on lesser boards will be deflected inwards on the Blade 6 Triple Core.

All of this while staying compliant with every one of the World Darts Federation specifications for a tournament ready regulation dartboard.

Winmau long ago hit on an ingenious solution to mounting your dartboard.

Many companies include cheap wire hangers or just a screw, if at all. Some cheap boards don’t even come with hanging systems in the box.

Winmau developed a patented system called the “Rota-Lock System.” The Rota-Lock system consists of a triple wheel lock and level kit that effectively creates ideal alignment and enables a smooth and easy rotation of the dartboard, regardless of the surface on which you mount it to.

This system allows you to easily adjust each of the locking wheels individually, for a perfectly balanced dartboard at all times, even on uneven surfaces. The Rota-Lock system also provides players with mounting stability that is the envy of most of the competition. With Winmau’s Rota-Lock system your Blade 6 Triple Core dartboard will not budge, flinch, or move an inch!

Each time that Winmau expands their fantastic Blade line of products, those of us who live and breathe darts, perk up and pay attention.

Every time that Winmau announces a new Blade board, I get excited because from years of experience I know that whatever candidate they bring to the table will change the dartboard landscape. The Blade 6 Triple Core is no exception.

This is one of the highest quality boards on the market, if not the absolute best. Some people have a personal preference for other brands and other boards manufactured by various competitors. But, I’ve found it impossible to see what these other boards bring to the table that Winmau does not already do.

The Blade 6 will have its detractors, sure. I’ve heard people complain about the shade of the colors used. I’ve had people tell me that they don’t like the flat numbers or the font used.

While these are valid issues, they are very minor and just preferences. When it comes to the stuff that matters, the quality of the build, the durability of the board, and the potential for player improvement and increased scores, Winmau has once again done what I thought impossible: they have improved on an already perfect product.

This year at least, you will be hard-pressed to find a superior product to the Winmau Blade 6 Triple Core Carbon dartboard.