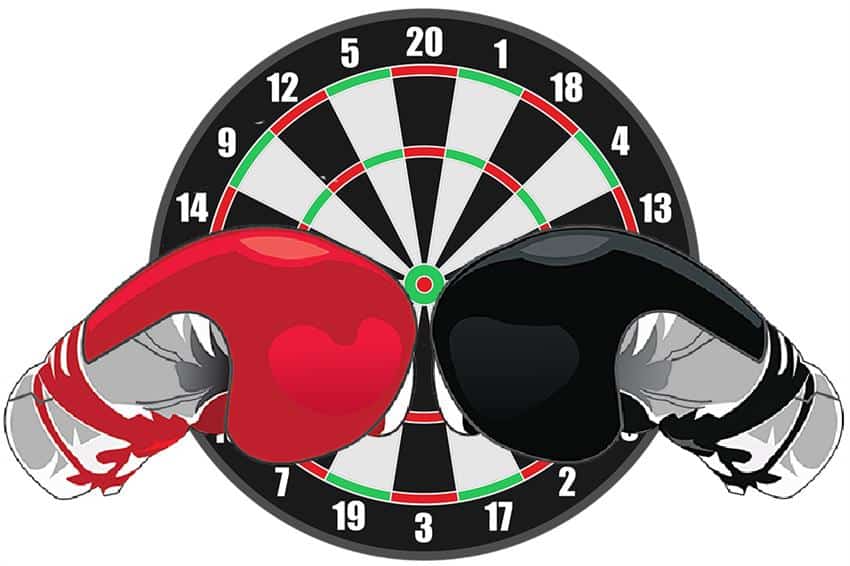 Congratulations. You found the shortest article on this website. It’s not because I am lazy, it is because Knockout is just about the easiest dart game you will ever play.

Just because it is easy does not mean it isn’t fun. In fact, it is one of the most competitive games you can play with each round being a head to head battle for the highest score. So how do you play knockout darts?

To play knockout darts, the first player will simply throw 3 darts and mark their score. It is up to the next player to beat that score and so on. When a player misses beating a score 3 times, they are out of the game.

Knockout can be played by any number of players. The first player will throw their darts and mark their score.

The second player must then throw their darts. The goal is to get a higher score than the player in front of you. So the 3rd must beat the 2nd, the 4th the 3rd, and so one. Until you get back to the first player which must try to beat the last player on the scoreboard.

So even if one player shoots a miraculously high number, it only really affects the proceeding player, and only for that round.

If a player fails to beat the target score then an X  will be marked beside their name. Get 3Xs and you are out. The last remaining player wins.

To keep score you simply write the player’s names down the left-hand side of the board. When a player shoots you will mark their score beside their name. You do not need to keep a running total. The next time that player is up to throw, you can erase their previous score and write the new one.

If a player does not get a higher score than the player who proceeded them you will mark an X beside their name. I like to leave a bit of space under each player’s name and mark it there, that way there is no chance it will get erased by accident.

Once a player gets 3 Xs, they are “knocked out” and are out of the game. The game continues until all but 1 player has been knocked out. That player is the winner.

You always want as high a score as possible. The only way to strategize is to know your skill level and the skill level of the player after you and weigh the risk of aiming for bigger targets.