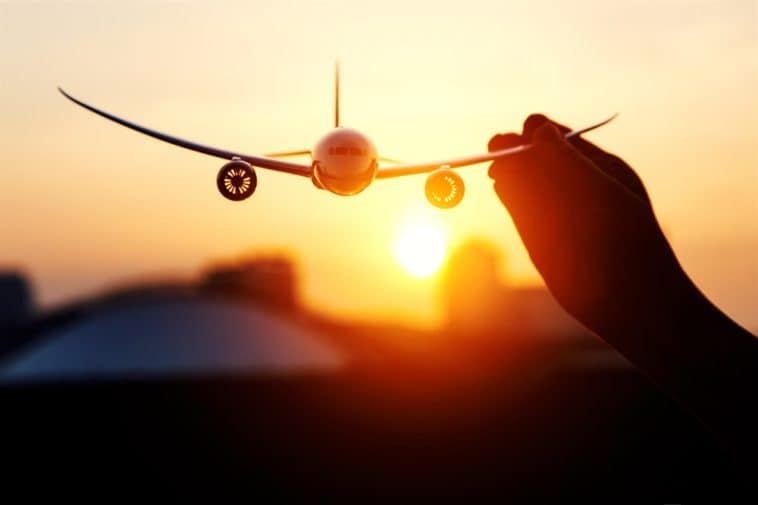 Whether you’re flying for pleasure, business, or any other obligation for that matter, getting on a plane is not as straightforward as it used to be. There are so many regulations set in place by the world’s various travel security agencies that it has become a full-time job keeping up with the shifting list of items that you are not permitted to bring on a plane.

If you are a darts player and getting on a plane is on your horizon, you may be wondering if you can bring your favorite set of darts with you. Knowing the answer to this question is more important than it might seem initially.

After all, packing properly can expedite the security screening process and significantly reduce stress when traveling. So

Can You Bring Darts On A Plane?

Yes, you can bring darts on a plane but only if they are packed in your checked luggage. Most airlines will not let you bring darts in your carry-on when boarding a plane.

But darts are harmless, so why would there even be an issue?

Well as with all things the full answer is not so simple and there are exceptions if you really need to have your darts with you when boarding a flight. Let’s take a closer look at some of the rules and how they apply.

Official “What Can I Bring” Lists

It is these two agencies that set in place the very essential, and strict framework that ensures people coming to and from the continent are as safe as they can possibly be.

While the TSA and the CATSA are far from being the only such security agencies in the world, they both share a rather similar vision and operate in much the same manner, by establishing an “end-to-end risk-based, strategic planning process” for all travelers.

The result of this approach is a comprehensive and very thorough list of items that may or may not be brought aboard an airplane during flight.

Of the hundreds of items found on these lists of prohibited items, you will find a ton of obvious stuff including firearms, ammunition, metal blades, flammables such as lighters, fuel, matches, explosives, etc. However, the list also includes items that are not so obvious, and that may cause confusion and potential frustration when traveling.

And if you take a close, scrutinizing look at these lists you will invariably find darts under the letter D for banned items. Thankfully, there is a very important footnote, caveat, or small text.

Does The TSA Allow Darts?

The TSA allows darts in your checked bags only. Darts are banned from your carry-on luggage. This means that if you want to travel with your darts, there is nothing to stop you.

All you have to do is some slight planning ahead, and make sure to pack them inside your checked baggage.

In case you are wondering, here is the difference between a Carry-On bag and a Checked bag:

Carry-On Bags: These are the types of hand luggage that you are allowed to bring aboard the plane. These are small to medium-sized bags that you typically struggle to fit inside the overhead compartments.

Checked Bags: These do not come with you in the cabin when you board the plane. Instead, checked bags are checked in with the airline, and placed in a special compartment inside the airplane’s cargo hold and away from passengers. Once your bags are checked by the airline, you do not have access to them again until you reach your destination.

An important note here: In Canada, the CATSA, allows you to bring darts inside your Carry-On luggage IF and ONLY IF they are less than 6 centimeters long from tip to tip. Darts with steel tips that exceed this limit must be relegated to Checked Baggage.

Can You Bring Soft Tips Darts On A Plane?

Yes, you can bring your soft tip darts on the plane but the same restrictions as steel tip apply. You should pack them in your checked baggage as nowhere in the rules do they differentiate between steel or plastic soft tip darts.

You will not be needing them on the plan so we recommend putting them inside your checked bags to avoid the potential for hassle during the pre-flight security screenings.

What Happens If You Forget To Pack Properly?

Failing to follow security guidelines when traveling by plane can result in significant hassle and distress. If you pack your darts into your carry-on luggage and the relevant travel security agency determines that the items fall outside of their stipulated allowed items you can at the very least expect to have a hard time and experience a moderate delay in your travels.

Initially, your darts will be confiscated by an officer at the checkpoint. Furthermore, there is no expectation that your equipment will be returned to you if you choose to complete the screening. Depending on the severity of the local guidelines of the country, you may be liable to pay a monetary fine and, in extreme cases, even serve jail time.

So, the answer to the original question is yes, you CAN bring darts on a plane. However, regardless of where you live and where you are traveling to, you will always want to put them in your checked bags before you arrive at the airport.

If you are concerned about your darts taking some damage when bringing them on your travels, there are a number of great and inexpensive protective dart cases on the market. We love the durable Harrow Ace Case (Amazon).

It is important to have a set of darts that you feel comfortable playing with. I understand why you would want to carry them with you when traveling. After all, you never quite know when the opportunity to throw some darts will pop up. However, the potential for a bad time always exists when you mix sharp objects and plane travel.

Flying commercial has gotten progressively more difficult over the years. There already exists a ton of things to be considered when getting on an aircraft. So do everything you can to ensure smooth travels and just stick your darts in your suitcase before you even leave home.