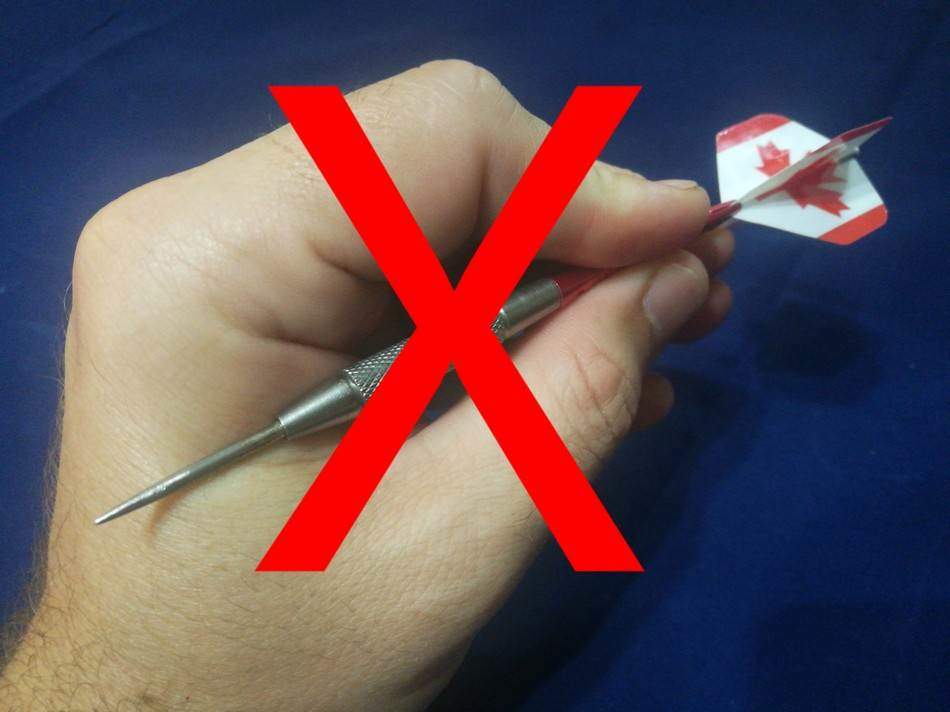 There is no right or wrong way to hold a dart. Your dart grip has a significant effect on how your dart flies when thrown. When just getting started it is recommended to just pick up your dart and hold it however feels natural.

While this may feel natural, it may not be the best for your throw. As with all aspects of the game, the best way to find what works is to test. So let’s first go over the basics then look at some of the more common ways to hold a dart.

Mathematically, the equations that describe ballistic parabolas are quite complex and involve the consideration of acceleration, velocity, displacement, and even air resistance. To understand throwing more thoroughly, we will only worry about practical matters and leave mathematics for the classroom.

Furthermore, things like barrel length, weight, and knurls, and groove will all determine what is a functionally suitable method to use. Let’s take a quick refresher course on the anatomy of a dart

There are indeed more unconventional techniques around. Some people prefer the two points for minimum contact, although I believe too much control is given up when used.