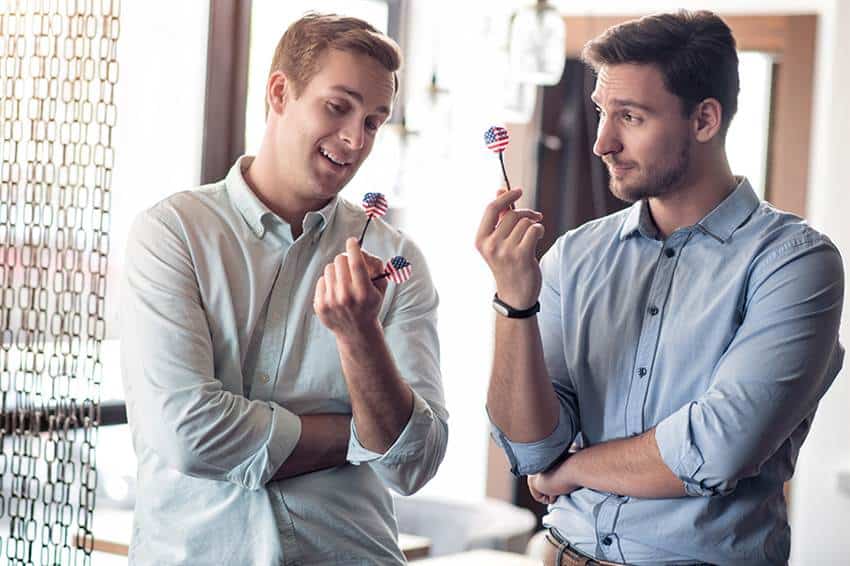 It’s Friday night, the teams are chosen, the dart cabinet is open for business, and it’s time to let the games begin. But how do you decide who goes first when playing darts?

Flipping a coin or Middle for Diddle are the two most common ways to decide which player shoots first in a game of darts.

The importance of who goes first is dependent on who is playing and why. If I’m betting $20 against an opponent of comparable skill, I will be a bit more concerned with the order than if I’m teaching my brother a new game.

Regardless of the game or situation, we have highlighted a few ways to help you decide how to decide.

It’s important to note that even if you win the right to decide, you may not want to go first.

There are several games where all players get equal play, like Around The World or Baseball Darts. In these games, some players prefer to go last so that they can see what their opponent’s score is and have a target to beat.

One of the most common methods to determine who shoots first in a game of darts is to flip a coin. I even keep a quarter in my dart case for just this reason.

One person flips the coin in the air, and the other player or team calls heads or tails. If the coin lands with the called side face up, they decide who goes first. If their guess was incorrect, the person who flipped the coin gets to decide.

Diddle For The Middle

Another common way the first player is selected to play “Diddle for the Middle.” Also referred to as “middle for diddle,” each player takes a turn to throw one dart at the board. The closest person to get to the bullseye wins.

If a dart bounces out of the board, it does not count, and that player’s turn is lost.

If two darts appear to be equal distance from the Middle and no definitive agreement can be made on who is closer, it is best just to shoot again.

Diddle For The Middle (alt hand)

If you have really good players, there is a high chance they can hit the bullseye on demand. This would make the diddle for the Middle unpractical. Unless of course, you force them to use their weak arm to throw.

All other rules apply. Closest to the bullseye wins, and a bounced dart is a lost dart.

Of course, this option may not be for all players but, I play with my kids all the time. I have no problem letting the youngest go first. It requires no effort, it is an easy way to get started and no time is wasted.

Oddly enough I do not see this done too often, even though it is a quick and straightforward way to decide.

If you do not know how to play Paper, Rock, Scissors, you hold out one hand palm up and make a fist with the other hand, you then count one, two, three while banging your fist on the open palm.

When you get to the third count, you need to make one of 3 symbols, a flat hand for the paper, a fist for rock or your index, and middle finger out for scissors.

Paper beats rock; rock beats scissors and scissors beats paper. If there is a tie, you play again.

A little hard to explain so just watch this video if needed.

If you are playing more than one game, letting the loser of the previous match go first can be common courtesy. However, if you are playing several games and one player keeps losing, it may be best to choose one of the other options to avoid a particular player always throwing first.

When playing with new players, it is nice to give them the chance to shoot first. You’re probably only playing for fun anyway. Darts is a game that has always been associated with good sportsmanship and etiquette. It’s welcoming and polite. Helping others get involved in the game should always be encouraged.

Do you use another method to decide who shoots first in darts? We’d love to hear it. Please share your stories in the comments.