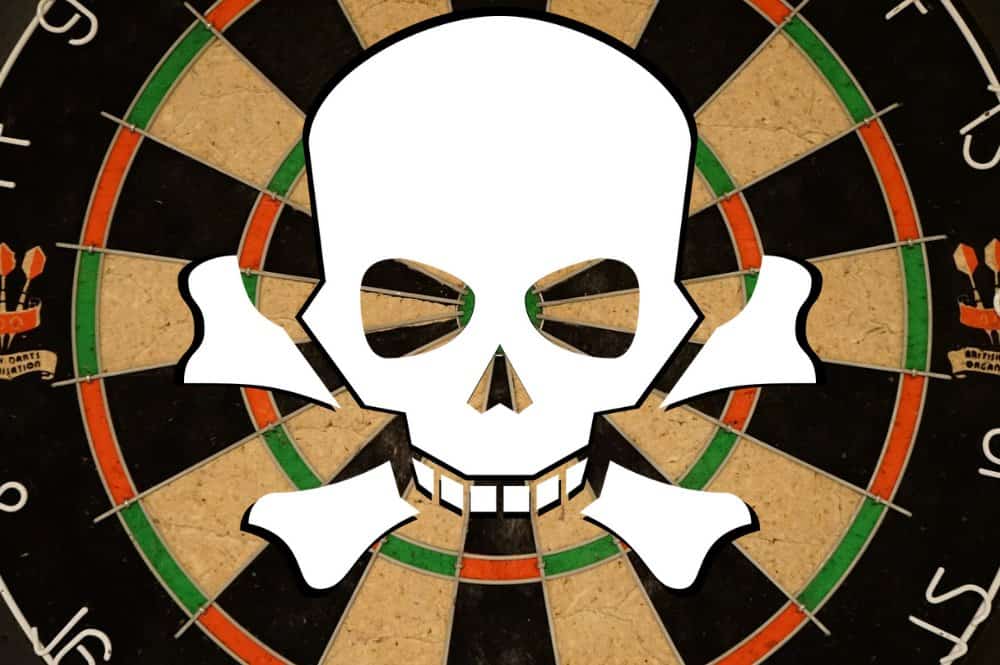 If you only have a few minutes to play darts and don’t want to mindlessly throw at the board, the game of Sudden Death may be for you.

It could not be simpler and it is a great choice for larger groups, but if you are only playing with 2 people, the game is over in six darts!

Essential it is a “last man standing” elimination-style game where the lowest score for the round is out, lets take a look at the details.

You can use any method to decide play order, but play order is not important.

All points are the same as in a standard game of 501, so doubles and triples count as their respective value, the green bullseye is 25 points, the red bullseye is 50 points.

Each player takes turns throwing their three darts at the board. The player with the lowest score for that round is out of the game.

The remaining players start the next round with the same rules. Any points scored from the previous round are forgotten. Only points scored in the current round matter.

Gameplay continues until only one player is remaining. That player is the winner.

To make things even easier, there is no need to mark anything on the scoreboard. You only need to keep track of the lowest score each round or have each player remember what they threw.

If you are going to be playing several games of sudden death, you may want to mark each players’ names down the side of the scoreboard and keep a tally of how many games they have won.

Not much in the way of strategies. The highest score wins.

For some players, triple 20 may not always be the best option, as a miss could leave you low.

Instead of playing to get the highest score, you can play to get the lowest. The highest-scoring player each round is out. You will need to apply a penalty for missing the board. I suggest 25 points

If you have only a few players or you just want to prolong the game you can give each player 3 lives. If they lose a round you just remove one of their lives from the board and the still continue to play until all lives are lost.