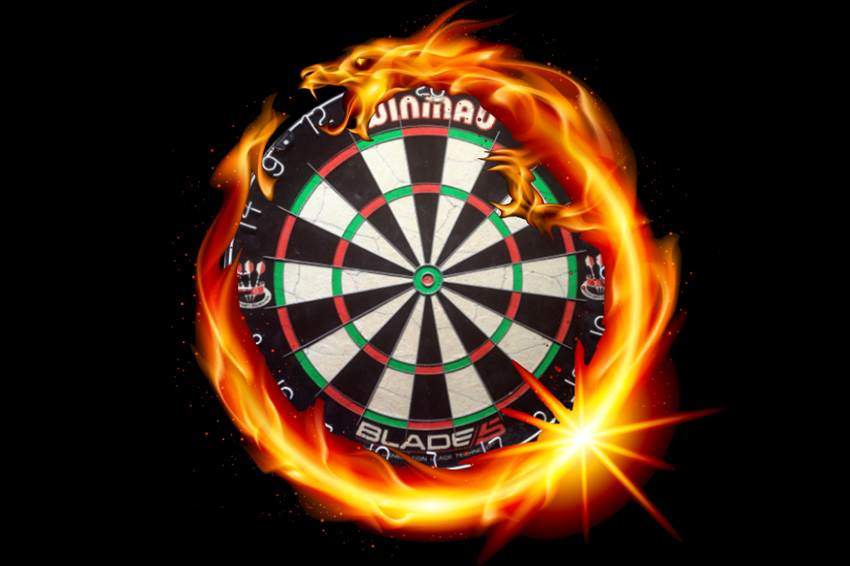 Chase the Dragon is becoming more popular due to its relatively simple rule set yet high skill-ceiling.

The catch is you will be focusing mostly on triples. In fact, it is one of the only games that has such a strong focus on triples, making it the perfect match for more advanced players looking to advance their game.

Similar to Around the Clock, Chase The Dragon has players attempting to hit a sequential order of pre-determined targets to best their opponents.

If you are looking for a new and exciting way to improve your triples, let’s learn Chase the Dragon!

Just like Around the Clock, when you gear up to play a round of Chase the Dragon you can turn off the part of your brain that worries about all that pesky math. Forget about adding, multiplying, and subtracting because Chase the Dragon is ALL about pure skill.

And boy, will you have to bring it!

The goal of the game is for each player to hit the trebles of each segment starting on 10 and ending on 20. Then the outer and inner bull before claiming his or her victory!

Each player will have three darts per turn to score the corresponding triple.
If a valid triple is hit on the first or second throws, the player may use his or her leftover darts to score on the next number in the sequential order.

If a player is unable to hit the corresponding target with any of his or her darts, the turn is over, and the next player gets their turn.

The Chase is over when a player catches the dragon by hitting all the corresponding trebles and hitting the inner and outer bull respectively.

How To Score Chase The Dragon Darts

Because a typical game of Catch the Dragon is only played with two players (you can play with more), it is relatively easy to keep a tidy “score.”

Write down the name of both players on the top of the chalkboard.

Down the sides write down the numeric value of each treble, starting with number 10 and ending on number 20. Underneath, write down “Outer Bull” and “Bull’s Eye.”

Each time a player scores by hitting the appropriate target, make the corresponding mark under their name.

Just like in a game of Around The Clock, there is no score per se; what matters here is the chase and subsequent “catch” of the dragon.

The first player to hit each treble and bull in the sequence is the winner.

Full disclosure, if there is a larger skill gap between players, it can be somewhat frustrating for some. Chase the Dragon is a challenging game, and skilled players will always have a clear-cut advantage over less experienced players.

However, if you possess the skill, catching the Dragon, especially in a close game is so, so gratifying.