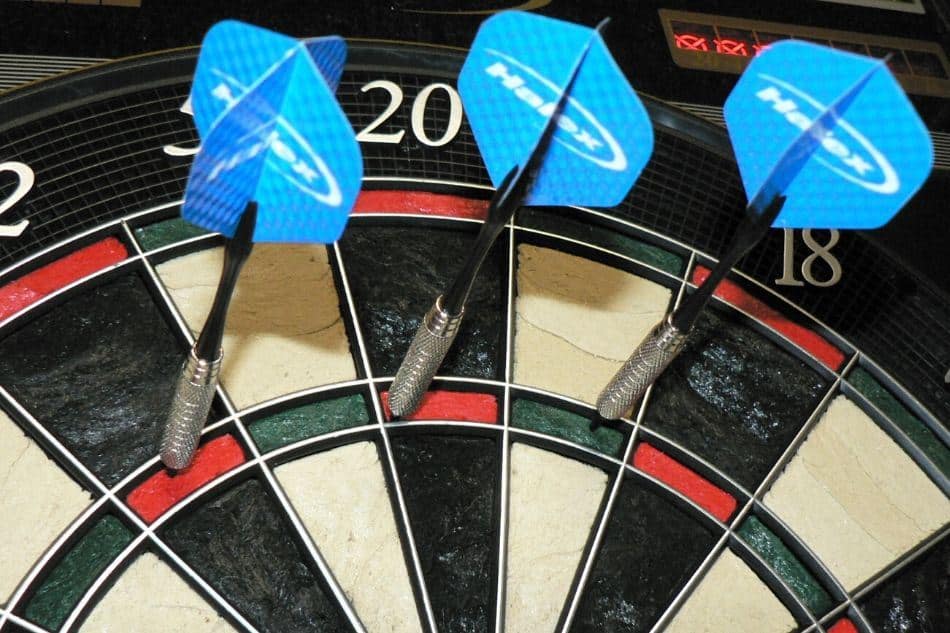 Call 3 darts is one of the few games that is different every time you play. Sure the rules are the same but from round to round, game to game, the targets are made up on the fly.

You will need at least two players to get started but as with most games, the more the merrier. So how do you play call three darts?

To play call three darts each player takes turns calling out targets for the active player to hit. If their dart hits they are awarded a point. The player with the most points at the end of ten rounds wins.

It is actually way more fun than it sounds and as with most games, there is a little more to it than just throwing at random targets, so let take a closer look at the full rules.

Once the first player reaches the oche, it is up to the person who plays next to call three targets on the board, they can be any number 1-20 or the bullseye.

A dart only counts if it hits the correct number that the thrower was aiming for. So if the second dart hits the 3rd number that was called, it does not count.

The player with the highest score at the end of ten rounds wins.

To score call three darts, you can write the player’s names across the top of the board, then write the number 1-10 down the left-hand side to signify the 10 rounds.

After a player has thrown the darts you can write their points total for that round under their name. Remember doubles are worth two points and triples are worth three.

At the end of the game, you can add each column up and the player with the highest total wins.

Alternatively, you can make 2 columns for each player. In the first column, you would mark the score for the round and the second column will be a running total (sum of all rounds played so far).

In the event of a tie, additional rounds are added until there is a clear winner.

Calling numbers all around the board will keep your opponents on their toes. Going from 6 to 13 to 17 is not fun.

If you know the numbers your opponent is weak at, make them go for those.

Instead of making one dart per number called you can have it so that the thrower must hit the first number before they can move to the second, and second before they can go for the third.