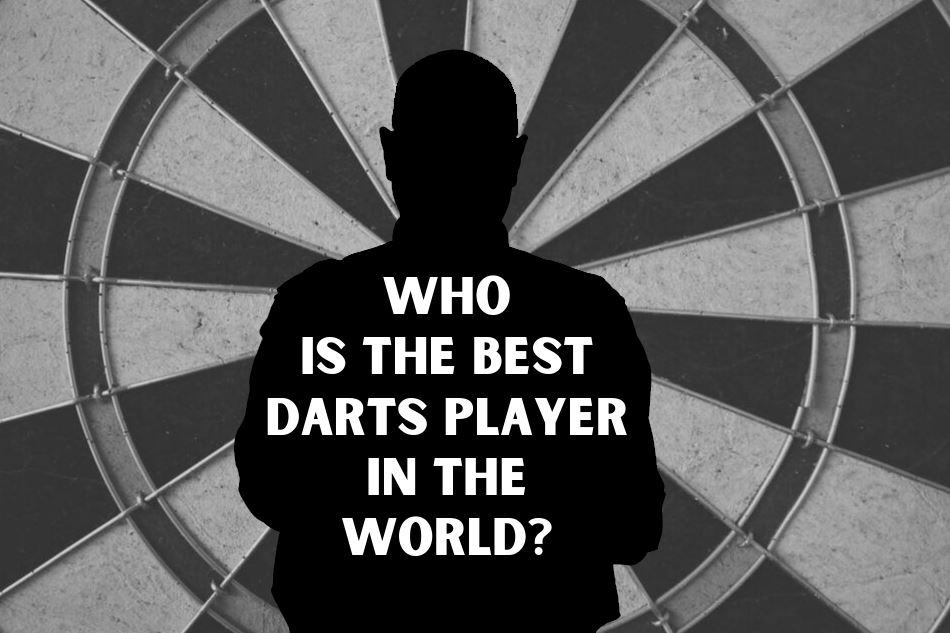 Therefore, one of the most common questions in sports is, who is the best such and such? We all want to know who is the very best, so we can gravitate towards them.

And in all of darts history, one name keeps coming up anytime that question is asked.

Who is the best darts player in the world?

There should be a notable distinction there. Phil Taylor is the best darts player of all time. But being retired means his list of titles and accomplishments will remain flat.

With the rising popularity of darts and the skill of some of the newcomers, it may only be a matter of time before we have a new “best darts player of all time”

More About The Best Darts Players

Phil Taylor, now 60 and a grandfather, is widely credited with professionalizing the game of darts. His singular skill gave media relevance to what many considered nothing more than a pub game. Phil Taylor is responsible for countless players making millions and becoming celebrities.

Without Phil Taylor, the history of Darts would likely have gone quite differently.

How could a single man be responsible for all of that?

By astounding the masses. Phil Taylor holds 16 world championships and more than 80 other titles in a career that spanned an unbelievable thirty years.

Alas, Phil Taylor has retired. So, if you are curious to know who is the best darts player that is currently active, the answer is undoubtedly Michael van Gerwen.

He owns a total of 214 title wins 85 of which are considered “major titles”, and has been runner up 46 times.

Michael van Gerwen has long been considered a prodigy of darts. In 2006, he became the youngest player ever to win the Winmau World Masters.

Since then, he has had a meteoric rise to fame and has done in a few years what most players dream of achieving throughout their entire career.

Michael van Gerwen went from world number 38 in 2012 to number 4 in the world in the span of one year. He is now the number 1 ranked darts player in the world and has won more than anyone else in the Professional Darts Corporation.

More than anyone, except of course for Phil “The Power” Taylor, the greatest player this sport has ever seen.

Michael van Gerwen is the youngest BDO World Champion, winning the 2007 title at the age of 17. He is also the youngest darts player to hit a 9 dart finish on tv, which he did the following year.

In The PDC, he has made the finals a total of 46 times with 36 title wins. He also holds many other notable achievements such as the highest televised average (123.40) and continues to play at the highest level of the sport.

Some Other Great Players

There are many other good dart players but Phil Taylor and MVG stand pretty tall above the crowd. There are past players such as Eric Bristow, John Lowe, and Raymond Van Barneveld all of whom have won several titles and accomplishments.

More interestingly there are still new rising stars and active veteran players and such as Gary Anderson, Adrian Lewis, and Peter Wright. While already considered great players, these players are still playing, still winning, and still perfecting their game and have an opportunity to get better and take the top spot.