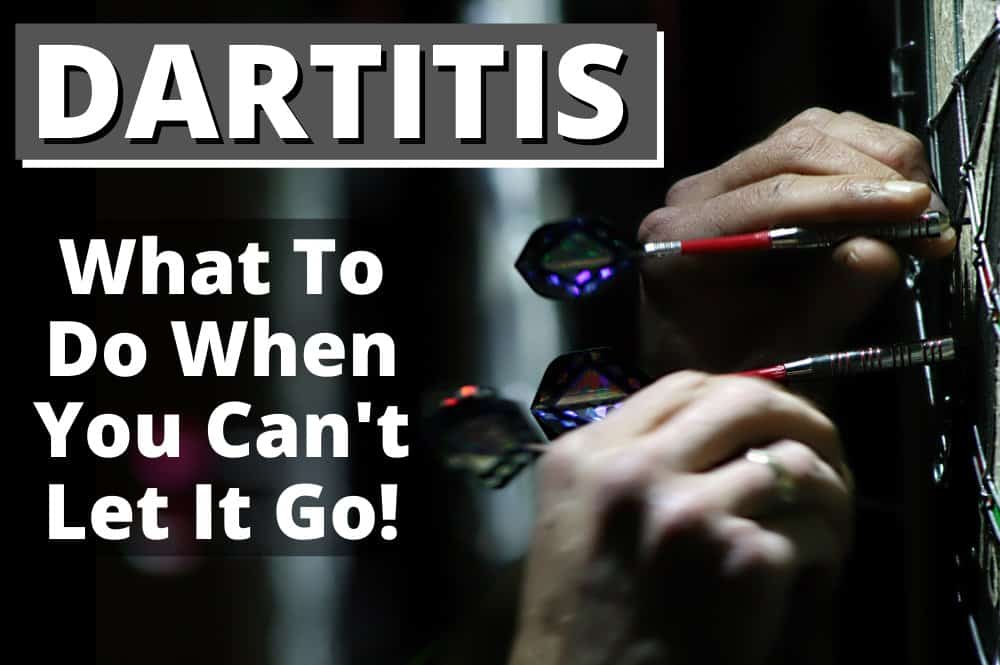 Playing sports and engaging in regular physical activity contribute significantly to an individual’s overall state of health. As a general rule, the more you participate in these activities the better health you will have.

It makes perfect sense, then, that the opposite is just as true: the healthier you are, the better prepared you will be to participate and succeed in sports and various other types of physical activity.

Dartitis is a medical condition experienced by dart players. It is an unexplained loss of motor control in the hand, wrist, or arm. It is similar to “the yips”, and results in the inability to properly release the dart during a throw.

While the knowledge on dartitis is still growing, it is believed to be a form of dystonia. It is becoming more common at both the professional and pub level. The increase in cases probably has more to do with the number of players out there growing.

If you have dartitis or think you might, this article is for you.

But before we begin I want you to know that I am not a doctor. If you feel any unexplained pain or stress while playing darts, you should consult your doctor for advice.

I am going to go through everything we know about dartitis in hopes that it will help as many people as possible, so let’s get started.

In most games of darts, each player either has hit the highest score possible or skillfully hit a predetermined segment of the board.

As a result, the player is required to execute a series of complex mechanical motions in the most optimal and consistent manner possible. This implies a very high degree of repetitive and precise movement while maintaining intense concentration.

The bottom line is that, in the highest echelons of play, darts become very demanding, both physically and psychologically.

Further complicating the issue is the fact that there are as many ways to throw a dart as there are players throwing them. In any given game you may see a wide range of different throwing techniques, stances, and strategies.

Playing darts involves making decisions about a diverse number of variables, extrapolating prior knowledge with an ever-evolving situation, to come up with an optimal game plan. In every sense of the word, darts as a sport is a cognitive-emotional activity.

As a consequence, we find that a large number of players come to experience an ailment that has the potential to severely impair their performance: Dartitis.

Dartitis is an extremely debilitating and potentially crippling condition that can affect a dart player’s motor control.

Surprisingly enough, most people aren’t even aware of its existence; however, if you immerse yourself in the world of darts, it won’t be long before you hear the dreaded word.

According to the Collins English Dictionary, Dartitis is a condition characterized by “nervous twitching or tension that destroys concentration and spoils performance.”

The word was first used in literature in a 1981 edition of Darts World magazine Editor Tony Wood used the word to describe an affliction where a dart player finds themself not able to release their dart properly.

There have been many well-known cases at a professional level. Pros like Berry van Peer and even five-time world champion Eric Bristow both lost their ability to throw darts. It does not matter how relaxed you are, how well you focus, or how good your technique is, sometimes your conscious mind will lose over the subconscious.

Dartitis is a multi-etiological phenomenon characterized by involuntary movements or uncontrollable failed movements, which negatively affect a player’s ability to perform. In other words, the exact definition of dartitis is complicated as it includes many elements and variables coming into play.

Dartitis is a serious condition with the potential to destroy a player’s confidence and end careers at the highest level of play. But, what is it exactly? Why do some experience it while others never do? And, most importantly, what can be done to prevent it and treat it?

Ever Heard of Dystonia?

Nobody can really say what causes dartitis to appear and disappear suddenly, as it often does. However, there is evidence to suggest that dartitis is a type of focal dystonia, a neurological movement disorder characterized by sustained or intermittent muscle contractions that can cause repetitive movements and abnormal postures.

There are various types of dystonia that affect different muscle groups in the body.

In the case of dartitis, the dystonia is neurological and it interferes with the performance of the dart throw since the muscles of the hand and wrist contract involuntarily. This loss of muscle control causes painful cramps and abnormal positioning, which makes it near impossible to release and throw the dart in an effective manner.

The causes of dystonia are as varied as its manifestations. Some are hereditary and others acquired. There is evidence that multiple genes are involved, which explains why some people are more prone to develop dartitis than others.

Environmental factors are potential triggers for the development of focal dystonia because they appear disproportionately in people who perform high-precision hand movements, such as musicians, artists, and dart players.

The symptoms of dartitis vary, the most common symptoms are cramps, involuntary muscle spasms, pain, and abnormal posture of the hand and wrist when in motion.

In some cases, symptoms may appear and progress indefinitely, plateau for years, or stop progressing entirely. Progression can be delayed by treatment in some cases and by adaptive lifestyle changes in others.

The mechanisms which cause dartitis are not yet entirely clear but are supposed to involve abnormalities within the brain’s basal ganglia, such as inhibitory dysfunctions and abnormal plasticity.

However, there is one theory that most players of the sport understand.

It has been observed that the appearance of dartitis is associated, to a significant degree, with a player’s perceived level of psychological pressure. In other words, when a player perceives his skills are insufficient to meet the demands of the situation at hand, they may experience a significant drop in performance.

This phenomenon has the potential to turn pathologic and develop into a chronic problem.

So, we see that often a player’s dartitis flares up in conjunction with increased fear of making a mistake. Moreover, this sense of extreme anxiety can play a role in the development of dartitis as well as in exacerbating the symptoms.

The psychological nature of dartitis is supported by the fact that the more experienced a player is, the more likely that he is at risk of developing dartitis.

This usually occurs when the player feels pressure and tries to ensure consistently high performance by consciously intervening in a movement that under normal circumstances happens automatically and subconsciously.

Remember dartitis is not to be confused with general muscle pain or fatigue. In which case you can just rest, get a good massage or a foam roller.

Is There A Treatment For Dartitis?

Treatment options for dartitis are quite limited. There is currently no universally successful treatment or cure.

In most cases, however, reducing the types of movements that trigger or worsen dystonic symptoms seems to provide some relief. Reducing stress levels through exercise and/or relaxation techniques may also provide significant relief.

Some patients with dystonia have reported positive results through physiotherapy by improving their overall mobility, balance, general function. Some with dartitis might consider this a viable avenue of treatment.

A recent study suggests that reducing psychological stress, along with a regimen of physical exercise, is highly beneficial in reducing the most crippling symptoms of dystonia. Another study suggests the potential for progressive relaxation techniques to improve coordination, balance, and body perception.

Due to the rare and highly variable nature of dystonia and dystonia-like conditions like dartitis, research on the efficacy of these treatments is limited, and currently, there is no standard treatment.

Over the years several players who suffer from dartitis have tried various methods to cope with the condition. Here are a few ways to overcome dartitis:

Some of these suggestions might seem a little bit drastic. It is important to keep in mind that everyone’s situation is different. Sometimes the fix can be simple, sometimes difficult. But there is hope.

Most players who have suffered from dartitis have found a way to conquer or work around it.

If you are unfortunate enough to suffer from this condition, you will have to do some soul searching and try various remedies to see which one works best for you.

Have you suffered from dartitis? Let us know what worked for you in the comments below. Your experience could help others. Thanks