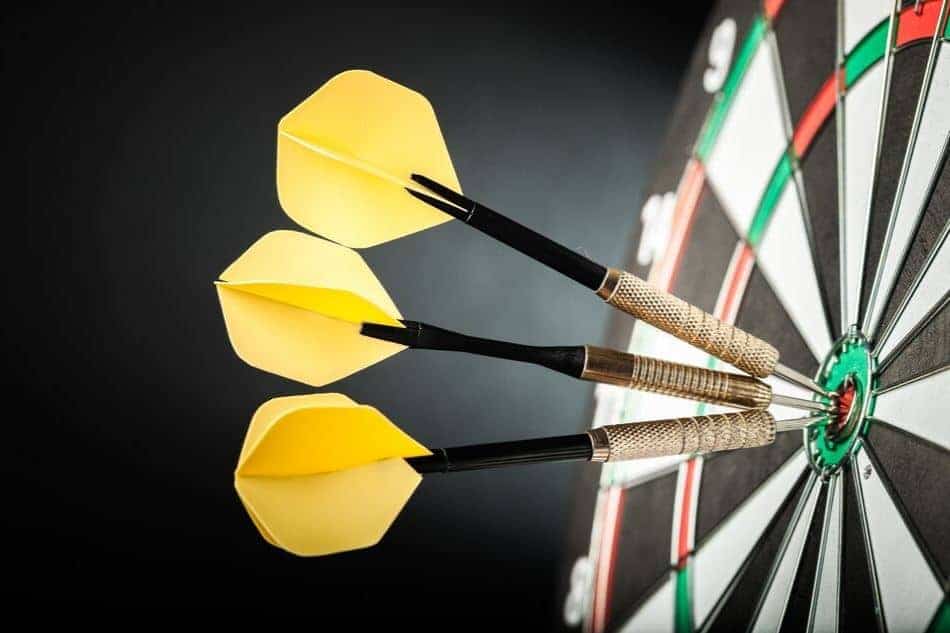 One particular aspect of this culture that has always tickled my funny bone has been the dozens of colorful terms used during play.

For example, if you play darts in any capacity, at some point, you will hear terms like Annie’s Attic, Baby Ton, Garden Gates, Diddle for the Middle, etc., etc., etc.

One term in particular, however, the Hat Trick is shared with a variety of sports. A hat trick in most sports refers to achieving a positive feat three times. For example, in Football, a hat trick occurs when a player scores three goals.

So, what is a hat trick in darts?

A hat trick in darts is when a player scores three consecutive bullseye shots in a round using their 3 darts. It is also referred to as the “Alan Evans Shot”.

Most people believe that a true hat trick in darts requires that all three darts hit the inner bullseye or the Red.

Others are a bit more lenient with the definition and accept hits on the outer ring.

A hat trick in darts is also known by many as the “Alan Evans Shot,” named so after Alan Evans.

Who is Alan Evans?

Alan Evans was a professional player, former world number 1, and one of the first darts players to achieve TV notoriety, who was known for his propensity to score hat tricks regularly.